Why I Am Standing for Green Party Male Co-Leader 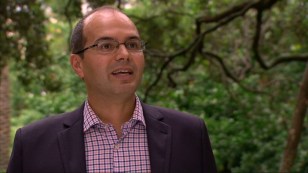 A still from my appearance on TV3’s, The Nation, announcing my candidacy

I am excited by the opportunity to stand for Male Co-Leadership of the Green Party of Aotearoa New Zealand. I believe it is important to use the opportunity of a leadership contest to generate a debate within the Party, and beyond it, about the future direction of the Greens. I also think it is healthy for a non-MP member of the Party to contest the election, bringing a fresh perspective.

The Green Party is at a watershed. While our fundamentals are very sound, we must seriously consider our political positioning and future direction. Are we a party of the left with environmental credentials (Red-Greens)? Or are we a true party of sustainability – environmental, social, cultural and economic – willing and able to be an independent entity with a decisive influence on government policy? The left-right spectrum is only one aspect of political action and if we limit ourselves to only being able to deal with one end of that spectrum we are far less able to move the focus of politics to genuine sustainability. The urgency of local and global ecological crises demands that we work across political lines.

The Greens need to be an independent political axis around which governments turn. I am not advocating that we become a Blue-Green Party. It is a failure of imagination to think that this is the only alternative to a Red-Green political project and it fails to appreciate that the old, stale politics of the left-right axis are of limited use when facing the unprecedented challenges of the 21st century. To many younger voters (and potential voters) left and right hold little appeal; we will only win them over with evidence-based, problem-solving approaches rather than coming from a position of ideology. What I am advocating is that the Green Party return to its original Charter values as a Green-Green Party that is neither left nor right and able to work across the political spectrum. This does not require the abandonment of our social policy. It does, however, require us to be more clear about the wellspring of that policy in the charter principle of Social Responsibility – grounded in an eco-centric ethic – as distinct from anthropocentric, left-wing Social Justice. We reject inequality not because of a Marxist, Socialist or social democratic analysis but because it is inherently socially unsustainable.

I know the Party well, having served on the National Executive as Standing Orders Convenor (2013-2015), as Auckland Province Co-Convenor (2012-2015) and as Young Greens Co-Convenor (2011). I was the Green Party candidate for Northcote in the 2011 General Election. I want to see the Party succeed and do not see why we must reject the votes of voters who identify with Green values and concern for the environment but who do not also identify as left. What I may lack in parliamentary experience I make up in terms of other professional, academic and local body experience. I am an elected member of the Waitematā Local Board of Auckland Council. I hold a Master of Laws degree with first class honours in environmental law from the University of Auckland where I worked as an academic researcher and won the Fowlds Memorial Prize for most distinguished masters student in law (2010). I practise as a solicitor at the Auckland Community Law Centre. I am the Deputy Chair of City Vision (a Greens-Labour-progressive independents group that contests Auckland Local Body elections), Deputy Chair of the Public Transport Users Association NZ Inc. and serve on the Board of Directors of SAFE, New Zealand’s leading animal rights advocacy organisation.

I’ve written in more detail on the Party’s political positioning here. Please read it to see why this is not about Blue-Greens, nor Red-Greens, but Green-Greens.