This report covers my Waitematā Local Board Activities during December 2014 and January 2015 as Deputy Chair of the Finance Committee, Deputy Chair of the Hearings Committee, Lead of the Parks and Open Spaces portfolio, Co-holder of the Heritage, Urban Design and Planning portfolio and Local Board representative on the K Road Business Association.

In November 2014, I took the ‘Making Good Decisions’ course for RMA decision makers. This course was funded from the Local Board Professional Development fund. I have received my final assessment mark and am pleased to report that I passed with an ‘Excellence’ mark, equivalent to an ‘A’ grade of over 85%.

The Hearings Panel handed down its decision on 17 December to recommend that Auckland Transport proceed with the removal of six Pohutukawa trees. The Local Board fought this decision as the main submitter in opposition at the hearing. We are unhappy with the outcome but we did everything we could within the law to prevent this senseless destruction of a treasured part of our natural heritage. A civil society movement has now emerged in staunch opposition to the decision and there is likely to be an appeal. 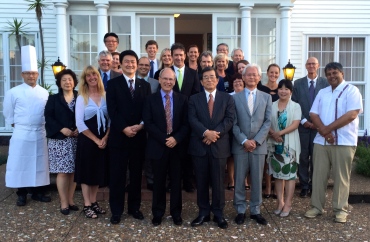 There has been a good deal of activity around the re-establishment of the Fukuoka Gardens with a blessing of the old and new sites on January 21 and a meeting of the re-establishment committee on 23 January. The meeting of the 23rd included a report back from the team around the visit from the Japanese landscape architect and Fukuoka City Greenery Department. The steering committee, including myself, and Mayor were hosted at the home of the Japanese Consul-General on the evening of the 20th of January. A blessing ceremony was held at the new site of the gardens on the next day. 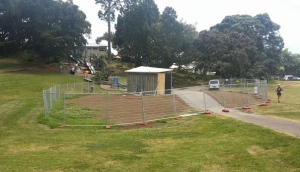 The new toilets in Western Park by the playground at the northern Freeman’s Bay end have been completed. Although the decision was on the placement and appearance of the new toilets was treated by the Parks Department of Council as an operational decision and was not approved by the current portfolio holders, I personally

believe that they are an improvement on the old ones both in terms of quality and siting. Their proximity will be appreciated by parents of children using the playground and they are easy to see and clearly visible from the surrounds improving safety and legibility.

The footpath and boardwalk are now fully consented.

Now that we have the consent, we will complete the contact documentation and put the project out to public tender immediately in the new year, close and award in February, with physical works being undertaken during March and April. There is a newly discovered issue with a short section of the path that leads to Richmond Road, which we will need to explore further. The last few hundred metres of the existing path sit partly or completely on several private properties of Parawai Crescent. To relocate the path completely within the reserve will require some engineering investigation, as it takes it off the flat and onto a slope so retention works and vegetation removal would be required. This will be dealt with as a separate project as such works are not included in the current consent.

Has been consented and physical works will commence post-Christmas.

This project has gone very well and was completed by the end of December 2014. A 29-metre section of the wall to the west of the staircase is not being demolished/re-built, as the current state of the wall does not suggest any movement or failure in the foreseeable future. As such, the Heritage Team preferred it be left alone, apart from removal of overhanging vegetation, cleaning and some brick re-pointing. This will likely result in a cost saving of approx. $50,000 (yet to be precisely quantified) to the project.

House at 3 Brighton Road at risk of demolition

In another example of weak heritage protection in Auckland, at 3 Brighton Road, Parnell,  is one of the three large boarding houses on the corner of Brighton Road and St Stephens Avenue by the Cathedral. Unfortunately, all three are in varying states of disrepair and would require substantial work to be brought up to a reasonable standard of repair.

We have been informed that although there are no new applications lodged in the system for any resource consent, there is no PUAP pre-1944 heritage overlay on the site. The land is zoned Res 7a in the Isthmus District Plan and there are no controls on demolition so the properties can be demolished without notification or requirement of consent within hours of purchase being finalised.

As noted in my November 2014 report, a retrospective consent was  sought for the demolition of a property at 43 Arthur Street, Freemans Bay. The owner had obtained consent for significant alterations but upon commencing work discovered that the house was significantly affected by rot and borer. Instead of obtaining a demolition consent from Council they opted to demolish the property and sought retrospective consent once the demolition was complete. In these situations Council considers the application as if the building is still on site. Objecting to a retrospective demolition consent is only possible if Council decides that the application should be fully notified.

On 28th November the application was approved by two Independent Commissioners selected by the Hearings Committee. In the decision the Commissioners noted the unsatisfactory manner in which Council had been forced into this position:

By way of comment we note that the process leading up to this consent had some difficulties in that the applicant seemingly knowingly chose to continue with demolition of the building beyond the point at which those works still fell within the approved consent for additions and alterations. If it were not for the existence of the consent allowing substantive [sic] additions and alterations to the original dwelling we may well have reached a different determination on this matter.” 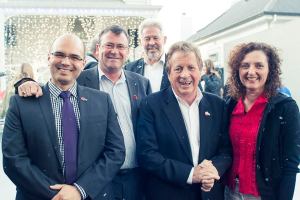