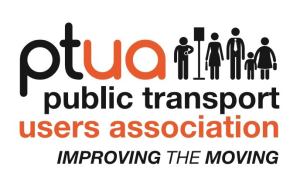 I am pleased to be a part of the founding of New Zealand’s newest transport advocacy group, the Public Transport Users Association (PTUA). I was elected Deputy Chair at the Initial General Meeting on 20 November.

The purposes of the PTUA (from its constitution) are to:

PT network advocacy in New Zealand and particularly in Auckland is well-trodden ground with great work being done by Campaign for Better Transport, Generation Zero and Auckland Transport Blog. They all have their part to play and they’ve done it very well, as exemplified by the design of the Congestion Free Network.

But there is a large gap in this area; representation of the users of public transport. While there is a great deal of very good commentary on better system design, the voice of users themselves is decidedly muted. Motorists have the AA, cyclists have Cycle Action Auckland, but who is directly representing public transport users themselves? This is the space that PTUA seeks to fill.

We are not in opposition to the other pro-public transport groups. We believe that we all need to work together, focusing on our respective strengths, to achieve the best outcomes. Auckland Transport Blog is centred on Auckland and system design; Generation Zero are an under-30s group with a much broader ambit than PT; CBT looks after and works on larger transport infrastructural issues including RoNS. We support all of them.

In Auckland, we have a monolithic and largely unaccountable, monopoly provider of public transport services in Auckland Transport (AT). Although there is sporadic criticism of the PT user experience from existing advocacy groups, their focus is very much on system design and its (admittedly fascinating) interface with urban design and planning.

Essentially, PT users need representatives, not just planners and traffic engineers. PTUA will work nationally to ensure that PT providers are accountable and responsive to the needs and wants of their customers. We look after passengers on buses, trains and ferries and issues directly affecting them. 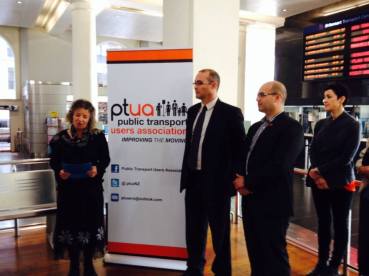 PTUA is led by:

The PTUA has founding members with a long history and great expertise in public transport such as Dr Graham Bush and Cr Mike Lee.